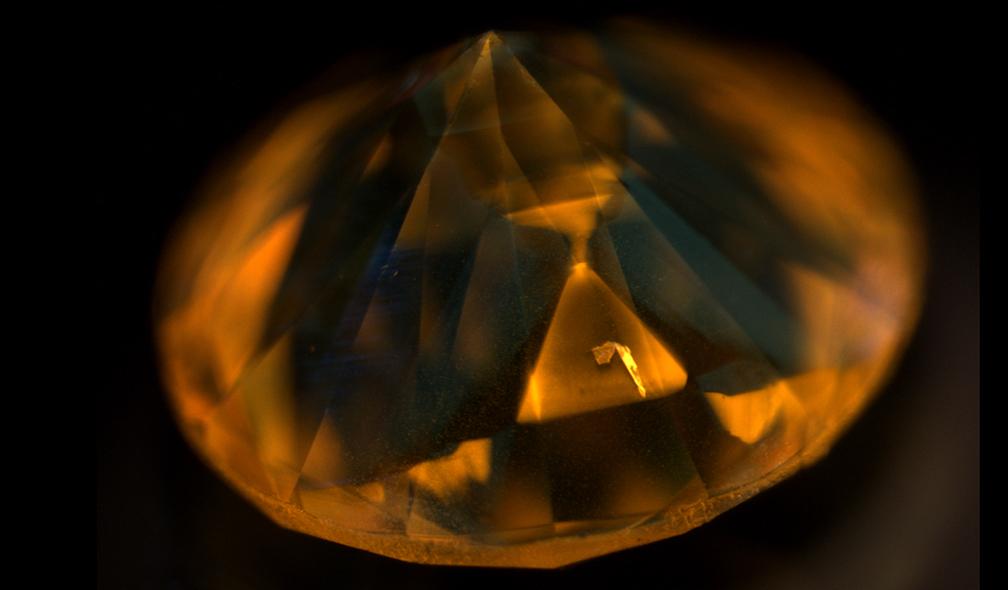 GGTL-Laboratories have detected yellow synthetic diamonds mixed in parcels of natural diamonds. These synthetic diamonds of a new type in the market have been treated by irradiation and HPHT after growth. They exhibit certain properties that so far were thought to be unique to natural yellow diamonds.

Currently, significant quantities of these diamonds are being treated this way and will most likely appear in the market soon. To simplify, we propose to use the following the terminology for these treated synthetic diamonds: "HIH" (HPHT growth / Irradiation / HPHT treatment. See glossary at the end).

Recently the Swiss branch of GGTL-Laboratories, the GemTechLab laboratory in Geneva, identified a diamond exhibiting uncommon characteristics in a parcel of yellow melee diamonds submitted for analysis (Fig. 1). 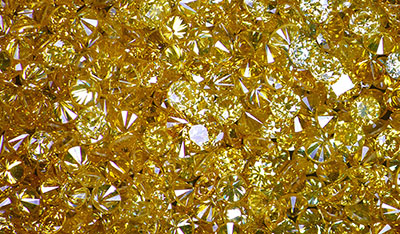 This diamond, with a diameter of 1.4 mm, was then analyzed in detail by the Liechtenstein branch of GGTL-Laboratories. The results have shown that it was a synthetic diamond, grown through the HPHT method and possessing new properties which we briefly describe below.

In this specific case, the stone was intriguing because it was selected as a potentially synthetic diamond during the first stage of our analytical protocol, but the analytical results from subsequent testing were very uncommon for an HPHT-grown synthetic diamond.

The inclusions of this diamond consist of small particles and larger grains, as well as, some small fissures. These are not conclusive since these types of inclusions can be found in both, natural and synthetic type Ib diamonds.

The observation under crossed polarizers (Fig. 2) shows anomalous birefringence along the faces of the octahedron, known in all types of natural diamonds that have suffered from plastic deformation after their growth. At the current state of knowledge, this type of birefringence is characteristic for natural diamonds, but unknown in HPHT grown synthetic diamonds. 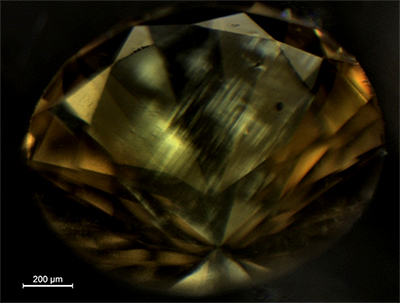 Under intense UV excitation (Fig. 3) this stone exhibits a green luminescence with blue zones and an orangey-yellow luminescing sector. Part of this luminescence consists of a luminescent "graining", oriented along the faces of the octahedron, which is a typical characteristic for natural type Ib diamonds, but unknown in synthetic diamonds. 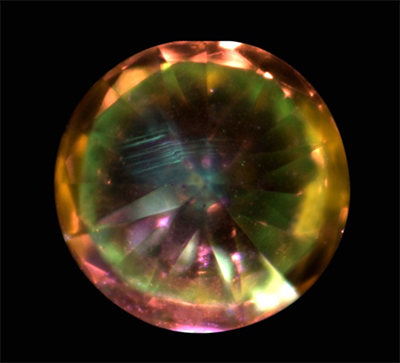 Fig. 3 - Under intense UV excitation, the diamond shows an orange sector as well as a general green and blue fluorescence with a notable distribution in "graining", oriented along octahedral faces.

The analysis of the sample by infrared spectroscopy (FTIR) shows the presence of some nitrogen aggregates and dominantly isolated substitutional nitrogen impurities, as well as discrete spectral characteristics which could indicate a synthetic origin.

The EDXRF semi-quantitative chemical analysis (Fig. 4) of the sample shows that the diamond contains impurities of iron and approximately 85 ppm (± 20) of cobalt. Typically, the commercial yellow HPHT synthetic diamonds contain iron and nickel, the growth from a cobalt catalyst is rather uncommon. 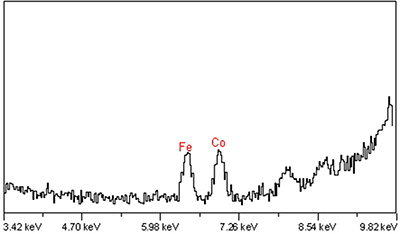 Fig. 4 - The EDXRF spectrum showing the presence of cobalt (≈85 ppm) and iron.

The photoluminescence spectrum recorded at 77K with a resolution of 0.04 nm from 200 to 1100 nm shows the presence of N3, H3, NV0 et NV- centers in the large blue and green luminescing sector.

The orangey-yellow fluorescence zone shows a photoluminescence system consisting of an intense emission at 544.3 nm with associated peaks at 541.0 and 542.8 nm (Fig. 5). These emissions in the orangey-yellow luminescing zone are so far only known in synthetic diamonds grown by the HPHT process, using an iron-cobalt catalyzer. 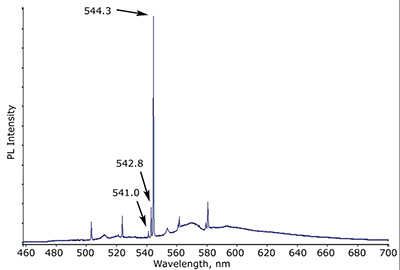 Fig. 5 - The low temperature photoluminescence spectrum of the orangy yellow luminescing zone confirms the cobalt impurity content and that the cobalt is only present in this individual sector (T° 77K, resolution 0.04nm).

Photoluminescence spectroscopy is the most appropriate technique to "visualize" cobalt (and also nickel) impurities since it permits the detection of much lower concentrations than what can be detected by EDXRF chemical analysis (detection limit typically ≈ 10 - 12 ppm [parts par million] in diamond matrix).

After the detailed study of the analysis results of this stone, presenting both synthetic properties (FTIR, photo-luminescence and EDXRF) and apparently natural properties (strain birefringence along octahedral faces, luminescence, presence of the N3 center etc.), we were able to identify the diamond unambiguously as HPHT grown synthetic, treated by irradiation and in a second step by HPHT treatment.

This was further confirmed by comparison with synthetic diamonds that were analyzed very recently for another study, currently in progress. This additional study concerns several synthetic diamonds treated by irradiation and HPHT, and which exhibit precisely the same properties as per the diamond described above. The only difference with the diamonds of the study in progress is that they exhibit a more advanced nitrogen aggregation state than the diamond described above.

Since the discovery of this single diamond, several others were identified at the laboratory in parcels submitted for analysis.

This treatment, which is only performed to create a more attractive yellow color to synthetic diamonds, can prove to be problematic since it induces characteristics in synthetic diamonds that may cause confusion with natural diamonds.

It is important to note that recently, several thousands of carats of synthetic yellow diamonds were treated by an HPHT facility abroad. This information allows us to anticipate the arrival of non-negligible quantities of treated HPHT-grown synthetic diamonds in the market.

With our large experience in this domain (our Geneva laboratory, GemTechLab, analyzes several tens of thousands of yellow melee diamonds per year [Fig. 6]), GGTL-Laboratories have immediately changed its analysis protocol to efficiently identify and segregate these stones when they are mixed within parcels of natural diamonds. 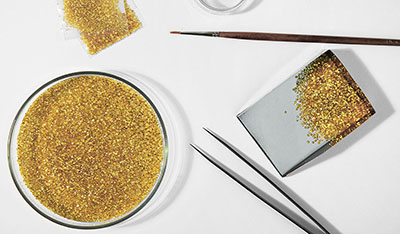 Fig. 6 - A parcel of yellow diamonds submitted to GGTL Laboratories Switzerland. After meticulous testing of each stone, the diamonds which do not present clearly natural characteristics (in the scoop) will be analysed by advanced techniques.